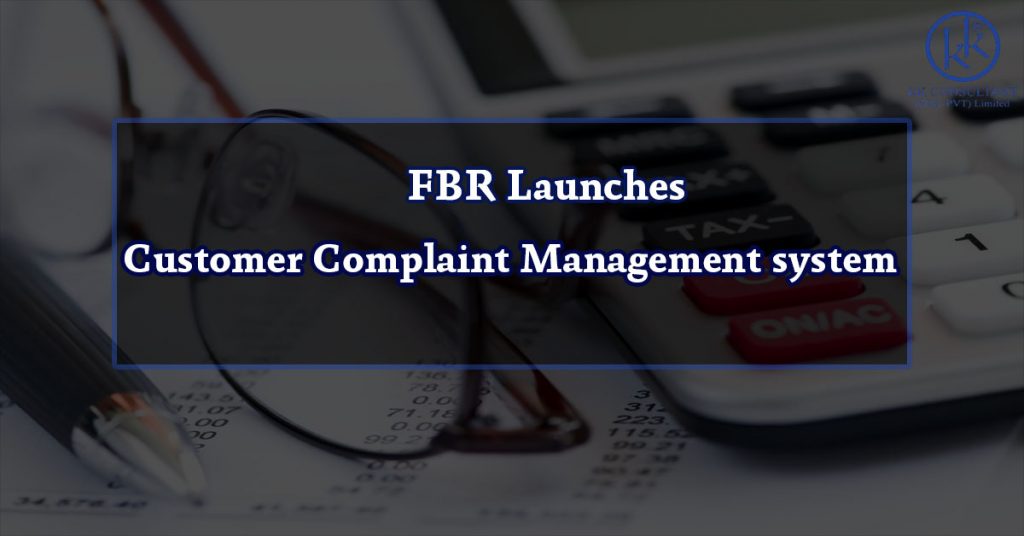 Federal Board of Revenue (FBR) has launched a state-of-the-art Customer Relationship Management (CRM) system to respond to queries and complaints of taxpayers and general public promptly and efficiently.

“Our customer care and facilitation services are now venturing into a more response regime where all queries, complaints and concerns of our valued taxpayers will be responded to within 48 hours through the CRM,” said Chairman FBR Dr. Muhammad Irshad while inaugurating the Complaint Management System here at the FBR House.

He said the installation of the CRM was a great leap forward and a vast improvement on the previous arrangement which lacked a proper mechanism for tracking, categorizing, monitoring and archiving taxpayers complaints which took two to three months for their resolution. “In a very short span of time, we focused on these problems and came up with solutions that have significantly improved taxpayer facilitation,” he said.

Earlier explaining major features of the CRM, Member Information Technology FBR Ms. Nausheen Javed Amjad disclosed that with the installation of the CRM, the number of agents in our calls center and email teams had also been increased to meet the increased demand at peak hours.

Similarly, training manuals in professionalism and courtesy, Income Tax, Sales Tax & FED had also been prepared and staff trained in them to improve quality for calls received and emails responded. The hold time had been reduced to 30 seconds while 80 % emails were being responded within 24 hours. Due to success of CRM, it had been introduced at field offices of FBR as well to digitally communicate with FBR (HQ) regarding software-related issues.

Meanwhile, Chairman FBR Dr. Muhammad Irshad had a busy day as he launched and introduced various projects and initiatives, including inauguration of a daycare centre, newly-established conference rooms and administration of oath to Dr. Saleem Ahmad Ranjha on his appointment as the first CEO of FBR Foundation.

Earlier, he accompanied Special Assistant to PM on Revenue Senator Haroon Akhtar Khan who inaugurated a special designed and constructed ramp at the entrance of FBR House to facilitate entry of physically handicapped visitors. Both the dignitaries also planted saplings in the lawns of the FBR House. A newly-constructed driveway leading the gate at the back of FBR House to the main building was also inaugurated.

At a separate ceremony, selection of FBR employees and Revenue Division for performance of Haj was also made through a ballot. Later, Senator Haroon Akhtar Khan and Chairman FBR Dr. Muhammad Irshad had a brief interaction with the media persons whose queries about revenue collection efforts of FBR and other economic and fiscal policy issues were answered.

Published by Federal Board of Revenue, April 2017

Abdul Majid
Previous post Types of Companies Registration in Pakistan Next post SECP Says, Not all Pakistanis have to declare their offshore assets