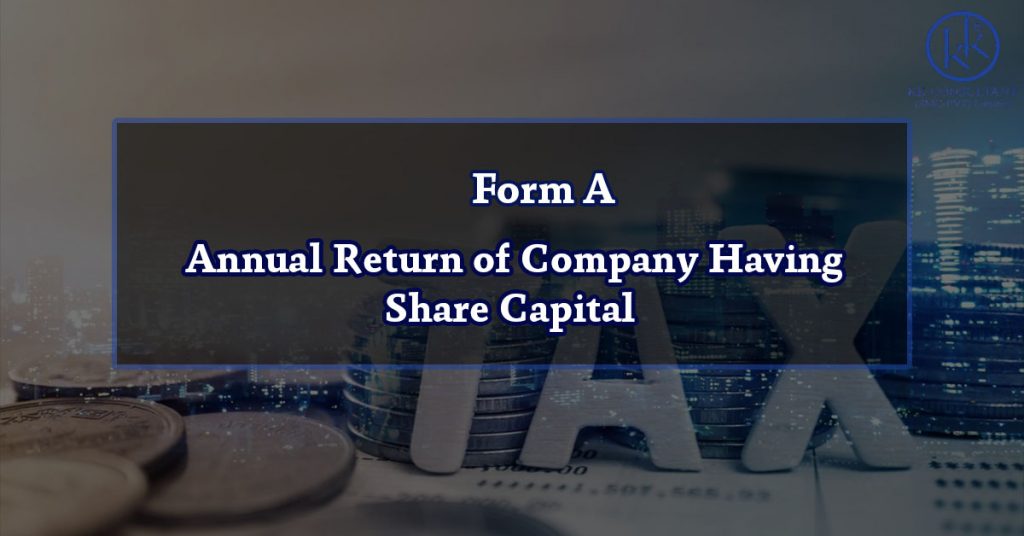 Form A – Annual Return of Company Having Share Capital

Section 130 (1) Every company having a share capital shall, once in each year, prepare and file with the registrar an annual return containing the particulars in a specified form as on the date of the annual general meeting or, where no such meeting is held or if held is not concluded, on the last day of the calendar year.

Illustration: Here the word every company has been used in the law which means private and public both are required to file the annual return inclusive of single Member Company.

Note: Keeping in mind, that if there is no change in particular of the company of single Member Company and private limited Company having paid up capital not more than 3 Million as per last filed annual return then there is no need to file Form A but need to report Form C.

There is huge mis-understanding that companies having paid up capital less than a million doesn’t need to appoint auditor. There is no doubt that its true for all private limited companies including single member company.

When its mandatory to appoint auditor then need to report it in SECP as well. As the tenure of Auditor is one year. Thats concluded that All single member companies and private limited companies whose paid up capital is above one million mandatory to file Form A.

In other circumstance, where the company having paid up capital less than a million need to file Form A is mentioned below:

READ  From Sole Proprietorship towards Corporation