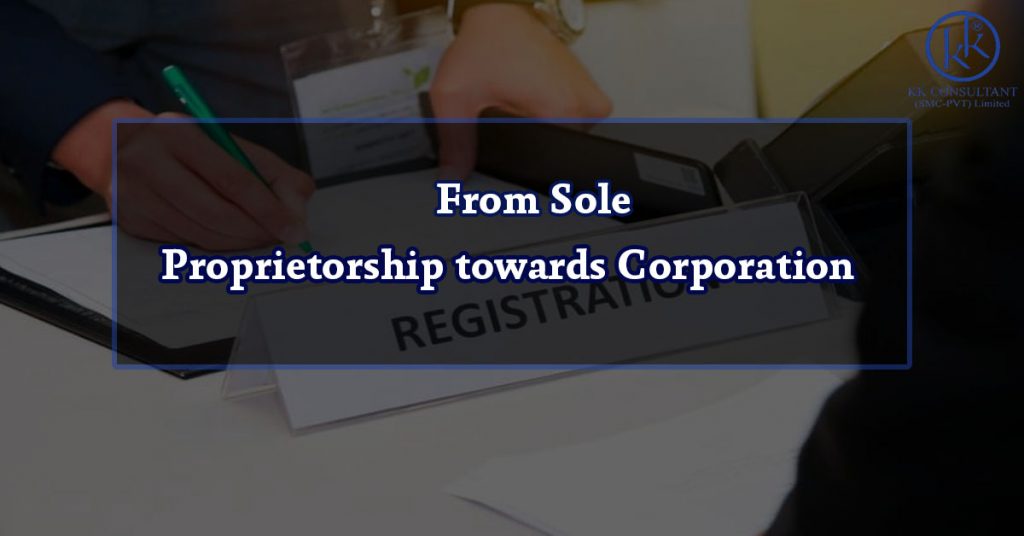 From Sole Proprietorship towards Corporation

Sole proprietorship is ancient form of business organization. It is as old as civilization.

Most of businesses around us are managed, owned and controlled by single individuals.

A sole proprietor owns all risks and reward of his business.  But many benefits which are attached with the company form of business remain unavailable to the sole proprietor.

What is Single Member

A company has four major characteristics namely perpetual secession, limited liability, separate legal entity and common seal.  These characteristics are in-fact benefits which are attached to a company and ultimately render benefits to the member of the company. Being a unique form of company a single member company and its director (sole director) enjoys numerous benefits.

Perpetual succession is the continuation of existence of a company or other organization despite the death, bankruptcy, insanity, change in membership or an exit from the business of any owner or member, or any transfer of shares etc.

Normally on the death of an individual many problems arise relating to distribution of assets of the sole proprietors business. SMC Rules lays down that the Nominee Director shall be nominated by the single member. The nominee director shall manage the affairs of the SMC until the shares in the SMC is distributed to the legal heirs of the deceased single member (see Rule 4). Additionally a SMC company can be converted into private limited company at any time or on the death of single member to facilitate appointment of more than one director or appointment of  more than one legal heirs as director.Thus SMC Rules provide the advantage of perpetual succession to a business of an individual.It is a matter of common observation that on the death of owner of  a big business a tussle is usually starts among the legal heirs of the deceased owner and some time this tussle becomes so terrible that the business loses its existence. The SMC Rules regularize all possible adverse circumstances which may result in or taking the business toward closure. Under Rule 7 an Alternate Nominee Director is also appointed by single member which act as director in the absence of nominee director.

READ  How to Register a Single Member Company in Pakistan

A sole proprietorship is not a corporation; it does not pay corporate taxes, but rather the person who organizes the business pays taxes on the profits on his business thus salary of sole proprietor is not an admissible deduction. Moreover as per clause (J) of section 21 of Income Tax Ordinance, 2001, salary or any remuneration paid or payable to a member of a partnership firm is also not an admissible expense while determining the profit of an association of persons.

As the company is treated as artificial judicial person under corporate law since income tax ordinance recognizes the artificiality of company and treat the directors separate from the company. The sole director can withdraw salary like director of any other type of company.

There are also other benefits available to a SMC.