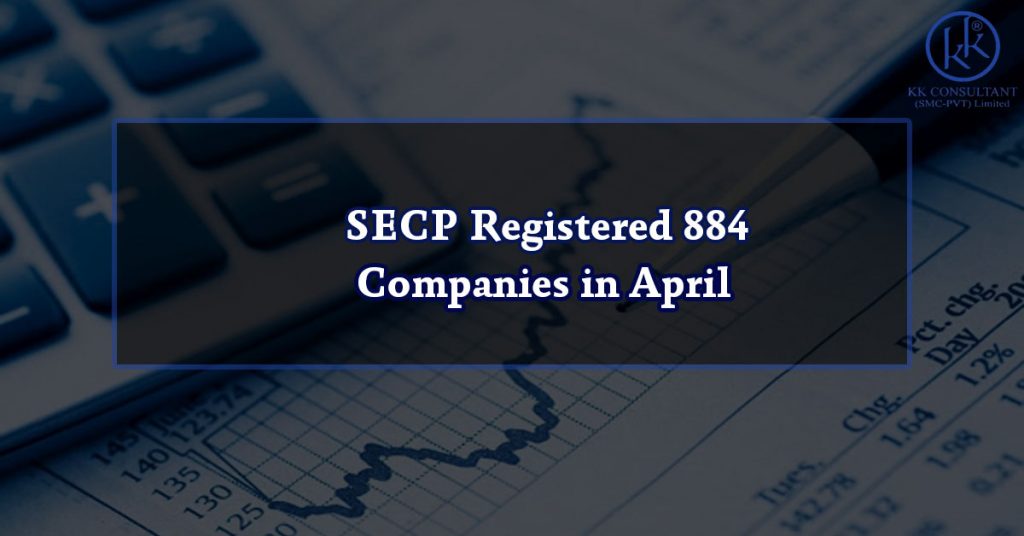 The Securities and Exchange Commission of Pakistan (SECP) during the month of April registered a record number of 884 companies, witnessing an increase of 40 percent as compared to same month of preceding year. During the first ten months of current fiscal year, 6,763 new companies were registered.

As compared to the corresponding period last year, it represents a growth of 34 percent. The massive increase in number of new companies is the direct result of various reforms measures introduced by the SECP, particularly the elimination of purchase of third party digital signatures and introduction of simple and hassle-free CNIC based user ID and PIN system for incorporation and post incorporation activities.

Two percent of the companies were registered as public unlisted, non-profit associations, trade organizations and foreign companies. The service sector took the lead with 136 companies, followed by trading with 128. Construction came in third with 124 companies.

The other sectors’ share is: IT 89, tourism 57, education 35, food and beverages 24, engineering 22, real estate development 20, transport and fuel and energy 19 each, pharmaceutical and corporate agricultural farming 15 each, power generation and auto allied 12 each, cable and electric goods and communication with 11 each. And 135 companies belonged to other sectors. Moreover, 4 foreign companies were also registered by the CROs in Karachi and Lahore.

During the month, the highest numbers of companies, i.e. 310, were registered at the Company Registration Office (CRO), Islamabad, followed by 258 and 176 companies registered at CRO Lahore and Karachi respectively. The CROs in Peshawar, Multan, Faisalabad, Quetta, Sukkur and Gilgit-Baltistan registered 50, 41, 18, 12, 6 and 13 companies respectively.